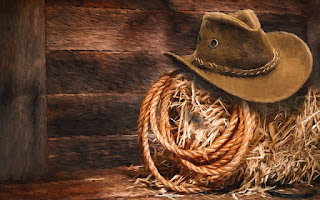 I’ve just finished part 1 of 3 for “4 Wizards” (that will not be the official title, but I am just keeping it that way until I figure out a good title). With that complete, I’ve decided to write the next 10k effort. This is part of an ongoing effort to sprinkle 10k’s along with the major books. These 10k’s will then wrap up into a larger effort forming their own book. The idea is to make book 2 in the “Morning Motivation” series. It would be nice to have a new morning motivation book every year.

Beyond letting me practice writing in a variety of different ways, this effort helps me reset my brain. That way it’s not dragging as I work through major series. This gives me a quick break while I transition from part to part of the larger books.

This 10k that I am currently working on is called Western Fantasy and is going to be an odd one. I am hoping to write it in a Western style, but incorporate some magic traces in there. I was going to work on a 10k that surrounded being put in a coma for 10,000 years… but found the test write as kind of boring. Instead, I want to write about a cross genre with some grit.

I don’t think this one will sell a bunch, but that’s okay. The point isn’t to sell a bunch, but rather to tell a lot of different tales. I want to write things which make me happy and writing this odd ball 10k stories does just that. Ultimately, that’s why I write, to make myself happy and to build fun stories. The more fun I can have with writing, the better.
In addition to writing these 10k’s, I need to think of ways to make writing fun. I don’t know if that’s flash fiction or getting into a writing group, but I need to find more ways. Beyond making a writing habit, I want to make this a fun habit.

How to Write a Sentence