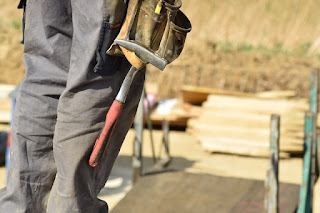 Progress forward is sometimes a tricky thing. You can spend a bunch of time trying to figure out an aspect of your work (such as newsletters, which is what I’ve been doing). You can have great luck in that area, but then feel like a failure in another area. I’ve let my curiosity into building newsletters overshadow my daily writing habit. I need to put this back in proper order. I’ve taken a look at my past statistics and have noticed a few things of interest.
My average weekly output, since I’ve tried starting a daily writing habit nine weeks ago, has been 6k per week. The truth is I had two bigger weeks; which when removed, the average dives down to 4k per week. This is way more than I originally could do. In fact, this year is on track to be my most productive one yet. However, I want to build so much this year, and am just getting hazy about it.
What do I mean by hazy? I mean that there isn’t a sustainable focus. I want want want; but I keep changing that vision by increments. Originally, I wanted 300k words created this year, to be spread over four bigger books. Now the vision is 270k words focused on four other bigger books. I know this doesn’t seem like a major change, but I am only 75k words into the year. That’s a quarter way in and I already want to change everything. Beyond that, this daily writing habit is hard to focus with because my mind simply wants to go and discover other things. I think I need to revel further in inspiration. The year is way over half over, yet I’ve only got a quarter of my stuff done? Plus I want to do even more?
At the current pace, I’ll hit 150k in the year. That would get one book completed, another 5/6 completed, a third book 3/4 done and the last book 0% done. That’s not satisfying at all. I need, at very least, to up the output to be closer to 6k per week. I am going to modify my daily goal from 2500 to 1500. If I complete that extra 1k, that would mean that last book would also be done.

The Role of a Writer

BookFunnel vs StoryOrigin vs BookSprouts: Results so far